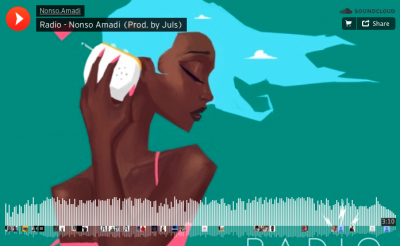 When the 21 year-old, Nigerian-Canadian (Canadian-Nigerian) released “Radio” produced by Juls I just had a feeling that 2017 will turn out to be this young man’s year. My Twitter TL is a testament to this.

I discovered his music by chance, last summer, while watching the Nigerian web series “Discovering ABJ” (episode 5) by Nappy Media. Thankfully his music was Shazam-able and available on iTunes and Soundcloud. I ended up downloading his songs “Tonight” and “Gele” and if you follow me on Snapchat, you would have heard me play these songs a couple times.

Check out his song “Radio” and enjoy his laid-back-Naija-RnB sound.

Another young artist, at 18 is Khalid. This guy’s voice is very mature (if that’s a way to describe someone’s vocal ability). I stumbled on his music by way of Twitter-ville and his song “Saved” was added to my Soundcloud playlist immediately. Having heard his other songs on YouTube (“Coaster” is repeat worthy 👌🏾), I will be getting his album, “American Teen“, due to be released 3rd March 2017.

I’m excited to see and hear what they both have to offer this year!